Ramadan 101: 10 Things Non-Muslims Need to Know About The Holy Month

Ramadan is the ninth month of the Muslim Lunar Calendar. For healthy adult Muslims, it includes abstinence from drinking, eating, lawful sexual relationships, immoral behavior, and anger until sunset. Other acts of worship such as prayer, Quran Reading and Charity are also encouraged during the holy month of Ramadan.

According to the Muslim religion, the holy book (Quran) was revealed in the month of Ramadan. Qadr Night – also known as The Night of Power – is not always, but usually on the 27th night of Ramadan. The Quran began to descend on this night. During the holy month, Muslims wake up early to eat the pre-dawn meal called suhoor, and fast until sunset when they have their mealtime called iftar.

“The month of Ramadan in which was revealed the Quran, a guidance for mankind and clear proofs for guidance and the criterion.”

The Month of Ramadan And Its Importance

The month of Ramadan is sacred to the Islamic world. Muslims perform their obligatory fasting for a month. At the end of 30 days, Ramadan Feast (Eid ul fitr), which lasts for 3 days, is celebrated. Ramadan is the month of cooperation and blessings for all Muslims. Fasting, which is one of the most important acts of worship, enables us to appreciate the blessings that God has given us. The month of Ramadan causes us to be thankful for the countless blessings that God has bestowed upon us.

Fasting disciplines the soul. It allows us to better understand the situation of people in need. This understanding brings with it help and solidarity. Believers help those close to them as much as they can. Muslims do not just stop eating and drinking while fasting. The fasting person also avoids ugly words and actions that will hurt others. Fasting allows us to be purified both materially and spiritually. It reinforces the feelings of benevolence and brotherhood among people. People become much more peaceful in their inner world. Helping continues during Ramadan, which is in the atmosphere of complete brotherhood. Prepared aid boxes are delivered to families in need.

Islam In The World, Europe, And Portugal

Image by Rauf Alvi from Unsplash

10 Things Non-Muslims Need To Know About The Holy Month

1. Not All Muslims Have To Fast

Some categories are exempted from fasting such as the elderly, the children, people with illnesses, long distance travelers. Also, women who are menstruating. who are pregnant, or breastfeeding mothers.

2. Get Closer To God

For all Muslims, Ramadan is the month when muslims get closer to God, spend more time with family and loved ones, pray and support charity and remember those who are less fortunate during fasting.

Before the end of Ramadan, people who are well off, have to pay “Zakat”. Which is a charity or contribution to help the needy and the poor.

Ramadan is the ninth month of the Lunar Islamic Calendar. It can be 29 or 30 days, and so the first and last day is determined by the sighting of the crescent moon. This is done by the moon sighting committee in Saudi Arabia.

Islamic religion consists of Five Pillars. The month of Ramadan is the fourth Pillar, so it’s a fundamental part of our faith.

There are two Main Meals in Ramadan: Iftar and Suhoor. Iftar begins at the exact moment of sunset. Dates are the traditional choice to open the fast, followed by a spread of foods that often varies by culture and country. Suhoor is the pre-dawn meal before Muslims begin their fast.

The month of Ramadan is unlike any other month. It comes with a totally different atmosphere. It’s about gatherings of families and friends at night which creates special feelings.

The last 10 days of Ramadan are considered to be the most significant of the month. Among them is Laylatul Qadr, or Night of Decree. This is the most auspicious night in the year, because it gives us the opportunity to multiply the benefits that make us better, more responsible, and more spiritually aware.

9. The Purpose Of Fasting

Most people misunderstand the purpose of fasting. Some think that muslims only abstain from food and drink from dawn to dusk for 30 days. But that’s not what it’s all about. Ramadan is  also about being careful not to fall into any form of bad deed or saying.

“Whoever does not give up forged speech and evil actions and does not abandon Falsehood, Allah is not in need of his leaving food and drink.” – said the prophet.

Some places the dawn till dusk fasting doesn’t apply. As certain parts of the world have different daylight hours, some never see the sun set and some never see it rise for certain periods of the year. Muslims who live in these locations base their daylight and fasting hours of the day on the sunlight hours of Mecca.

Image by Rumman Amin from Unsplash

Want to know more about the holy month of Ramadan, the Islam or other religions? Sign up to be a participant to learn a new language and learn about what traditions and celebrations other cultures know. All at the same time! 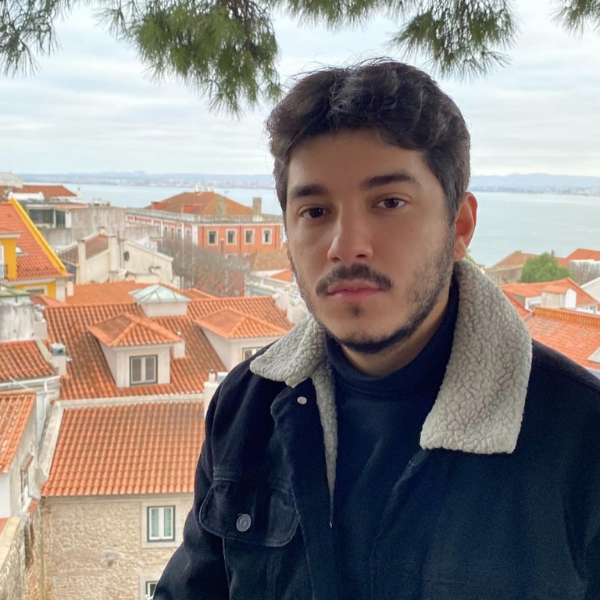 Amr is an ESC volunteer at Spin Association. He studied at Azhar University, Faculty of Education and English language Department. He moved to Lisbon in December 2021 in order to do his European Solidarity Corps Volunteering. He loves reading, playing football and learning new languages. After his volunteering project he wants to continue his academic studies.