3 apps that will boost your language learning experience

I started with English in an elementary school, adding Portuguese and German while studying. The Portuguese was a result of capoeira training – Afro-Brazilian martial arts with elements of dance.

Many of the leading coaches are from Brazil and every year a part of the group was going to the Brazilian headquarters to train with our Mestre. I started to learn because I wanted to be able to communicate when I was going for the workshops. Then, I never went but the will to learn remained. I attended the Portugal Language School for a while, but then I quitted because life got in the way. I was looking for some other (and, honestly, cheaper) ways of learning. My boyfriend showed me Duolingo, one of a few apps that I used for learning.

I fell in love straight away because of its formula.

If you’re learning a new language, then you probably know that it can cause some issues. Sometimes you get into the routine for some time, see the constant progress, maybe overcome your language block and then something suddenly happens. You just don’t feel like making a fast progress anymore, or you feel like stopping or leveling up is much harder than before. If you’re in this situation, worry no more – you can use the Internet to learn.

I loved it because I was never again bored in a bus, tube or a long queue.

Since I started using Duolingo for Portuguese and German, I’ve noticed an immediate progress. I didn’t feel stuck anymore while talking, speaking in the foreign language was easier, and my vocabulary has improved – it wasn’t just my impression. I’ve heard those words from my German teacher at the time.

I also used the app more intensely and regularly before going to Germany, and I had no problem communicating in shops, understand simple sentences and even talk a bit about life and work with my German host.

I like the fact that Duolingo is a social app. You can find your friends to see their stats; you can compete with them in a friendly manner. You also have a community of people who are glad to answer any questions about the language. Also, you can report the faults to the staff – and they will let you know when they fix them.

How does it work?

I also enjoy their methodology, with short thematic lessons, like “Travel,” “Family,” “Sport,” etc., mixed with occasional grammar. Firstly, you learn on short, easy sentences that grow longer and more complicated with time.

The voice recognition is a perfect option for the introvert or a person with a language block – you can see the sentence written on the screen and then you have to say it loud to your microphone. This way you can get used to the sound of your voice while speaking a foreign language and improve your speech. And you can be sure that your spelling will improve.

In the beginning, I had a lot of arguments with the program that went somehow like: “what the hell? I said: eu gosto de trabalhar na seixta-feira! How could you not hear that?!”. Now I don’t have them so often which means that either my speech or the voice recognition has improved (and I strongly hope that this is the first case).

When you do the class, you can see the progress bar that fills with colour after each correctly completed task. When you make a mistake, a bit of the filling disappears, and you have to repeat the task.

I also enjoy the trade aspect of that app because for each class finished you get “lingots” that you can exchange in the store for a few features, including some tests, learning Christmas wording, proverbs or how to flirt.

The second app I used was Busuu, although I wasn’t a huge fan. The way it worked was similar to my classes in the language school. It had a few kinds of tasks: some of them included pictures that required the caption, in others you had to fill the gaps in sentences with a grammatically correct word. Like Duolingo, it also had only a Brazilian version of Portuguese. I didn’t like it so much because I couldn’t see my progress so fast. I think learning longer sentences works better for me – in Busuu you first learn a few words from pictures, then you have a multiple choice question, using three of the words that you’ve just learned. I’m sure that this way of work is good for some people, although I felt that it was too slow. On higher levels, you can write short descriptions of the situations shown in photos. Also, the Polish version seems to have a lot of language mistakes in the explanations of the exercises.

Ok, I have to be honest – a friend who taught me German and then my fiancé recommended this one to me, and I went there full of hope. But I ran away almost straight away as the way of learning there is not for me – I don’t like the time pressure as it makes me dumb sometimes and it’s more focused on mnemotechnics and flash cards. It’s a typical memory work that requires repeating again and again.

Also, the amount of lessons available feels overwhelming for me, and I’m becoming very indecisive – whenever I choose one option, Maybe the other might be better? Or more interesting? Or challenging? And I finish like on Facebook – just wandering around, scrolling and distracting and finally leaving for my beloved Duolingo.

There are also online courses that you might try. I did an ESKK basic course in Portuguese, but it’s available only in Eastern European countries:  Hungary, Romania, Russia, Ukraine, Belarus and Kazakhstan. I liked it, although it felt like an online school and the interface had sometimes many pictures and flash features loading for a long time.

The course started with listening to simple conversations: where are you from, moving to the new country, talking about work and studying – the basics that might make your life easier after arriving at the new place. It included a lot of dialogues, repeating after the speaker without voice recognition, but with the possibility to record the voice and hear yourself.

It has a few kinds of exercises: either you have to fill the gaps in the sentences with proper words or you random words that you have to order in grammatically correct sentences. I liked it because it was an excellent recap and it reminded a language class in a nice way.

I did only the beginners version because I didn’t find the advanced one. It was the only course I discovered on the Internet with the Portuguese version of Portuguese.

If you’re a SPEAK member, volunteer or anyone learning a new language – try it. Check out one or every app that I described or look for the course online and see if that makes a difference in your learning progress. Give it some time, switch between the apps and courses. I’m sure that you’ll benefit as you’ll progress faster and your vocabulary and grammar improve. 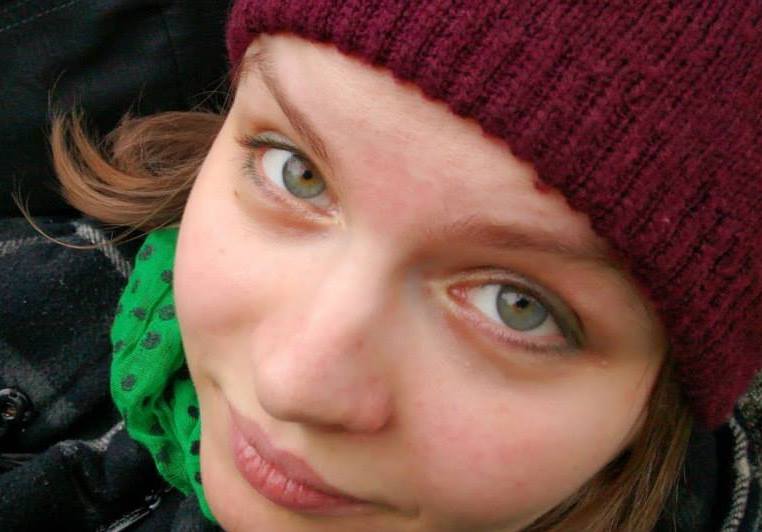 Adriana is trying to do the impossible: join her passion for cooking, Brazilian Jiu-Jitsu, writing and photography. She’s curious about people, loves reading and crazy long walks.